In October 2007 a deadly pileup in a California tunnel resulted in a fire, causing massive damage to the concrete pavement and tunnel’s interior walls.

Extensive work was needed to repair the tunnel and it had to be completed quickly. The entire pavement and parts of the ceiling needed to be replaced and the tunnel walls repaired.

Caltrans, (California Department of Transportation) needed a surface that would provide greater visibility, thereby improving safety while requiring less energy for lighting. They also required a surface that could be quickly and easily cleaned. Designers considered painting the tunnel’s interior white but decided against it because of the maintenance nightmare it would create. Caltrans ultimately chose white cement concrete for the entire project, a material it had never before specified in highway paving or in tunnel lining.

White cement concrete is brighter and reflective. Asphalt pavement, as well as gray cement, absorbs most light, while white cement concrete reflects at least double the light of both. From a maintenance standpoint the savings were huge; concrete requires a simple pressure wash which is much faster than repainting.

The tunnel walls were constructed with a refractory shotcrete mix incorporating white cement for reflectivity and durability. The pavement had to meet rigorous strength requirements in addition to being highly reflective. Caltrans normally asks for 550-psi flexural strength in ten days but required it within 24 hours for this project. The resulting mix contained Lehigh White Type I cement, local aggregates and five admixtures: metakaolin as a pozzolan source to improve durability, a superplasticizer to provide workability, a hefty dose of accelerator for high early strength, a shrinkage reducer to limit drying shrinkage, and a hydration stabilizer to delay the set time. This super mix delivered super results. The project, contracted for thirty-three days, was completed in sixteen. 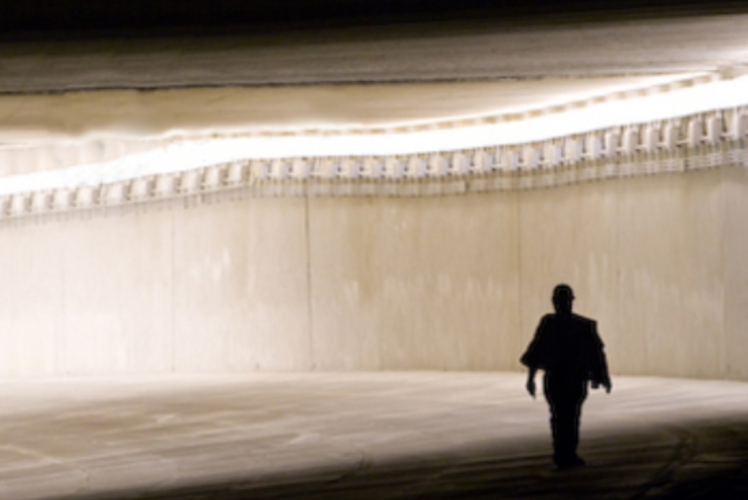